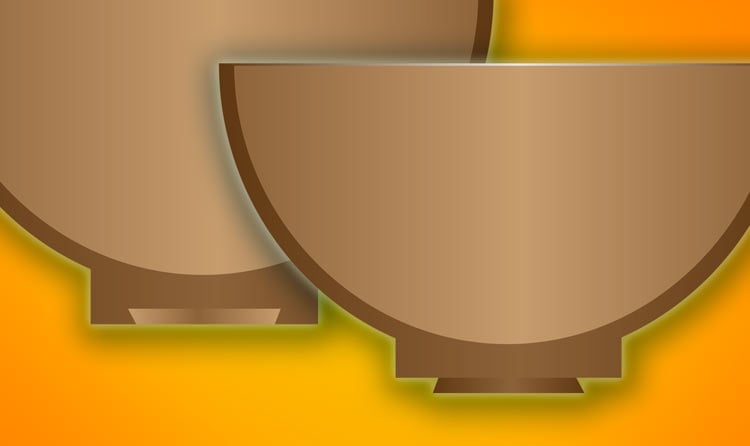 Mortise or tenon, that is the question when turning or making a wood bowl. For some, there is no preference, for others, it’s either mortise or tenon, but not the other.

You’ve set up the bowl blank, begun turning and it’s now time to decide how to attach the bowl to the four jaw chuck. It’s time to make a decision. Unless, of course, you’re turning a wood bowl without a chuck. But for this article, we’re dealing with a chuck and how to attach to that chuck.

So how do you decide which to use, a mortise or tenon?

What Is A Mortise or Tenon

Before we dive too deep into this baffling question, let’s clarify what we are discussing. A mortise or tenon are two different ways to attach a wood bowl bottom to a four jaw chuck.

Usually, when turning a bowl, the bowl bottom sides and base are turned first, then the bowl is reversed, and the interior of the bowl is then cleared out and finished.

The terms mortise and tenon are traditional woodworking terms used to describe two opposite interlocking joints. The tenon is an extension of wood material, and the mortise is a recessed cavity in wood.

In woodworking joinery terms, a tenon is designed and cut to fit snuggly inside a mortise, and the two are glued or fastened together.

For our use, we only need a mortise or tenon, but not both. The bottom of the bowl, whether fitted with a mortise recessed area or a tenon extension will be attached to a four jaw wood chuck

The four jaw chuck jaws will contract to hold a tenon or expand to grasp a mortise.

How To Make A Mortise

The process of making a mortise or tenon starts by sizing a four jaw chuck to the bowl blank. When sizing a mortise, the chuck jaws should contract shut, and the mortise should be slightly larger to fit the chuck. With a tenon, the jaws need to contract down on the tenon but not close completely.

To make a mortise, the sized area of the bowl blank needs to be cleared out. Cutting the mortise can be done with a parting tool, bowl gouge or and combination of tools that work best for you.

With a mortise recessed area shaped, the dovetail undercut needs to be shaped along the outside edge. A skew chisel used on center works great for scraping a slightly angled undercut.

For all the details on making an excellent mortise recessed area, check out this article.

How To Make A Tenon

With the chuck size marked on the bowl blank bottom, the material around and up to the tenon is removed. I typically remove this material with my large bowl gouge.

Once I’m up to the tenon line, I will slow down and make nice clean cuts squaring up the cylinder of wood protruding from the bowl blank. I can’t stop there because a cylinder-shaped tenon will not be held well by the four jaw chuck.

I use a detail spindle gouge to turn a gently angled undercut in the bowl tenon. Starting on the tenon cylinder edge, I make a slight inward push cut until I reach the tenon shoulder. And speaking of that shoulder, it needs to be level and smooth as well for an excellent fit to the chuck.

To learn all the ins and outs of making a perfect wood bowl tenon read this full article. And whatever you do, don’t make tenons like these!

Ok, so back to the question, mortise or tenon?

Why all the moralizing around the base of a bowl blank? Well, that’s a great question. I guess for some it becomes a set routine way of doing something.

We all know what happens when some people prefer one thing over another thing. For some reason, they feel compelled to defend their position at all costs.

The debates are long-running and storied. Ford versus Chevy. Bud Light versus Miller Lite. Apple versus Microsoft. Coke versus Pepsi. Democrats versus Republicans. John Deere versus International. And now we will add Mortise versus Tenon. LOL

Now, I must say I do prefer using a tenon most of the time. I’m not a staunch “tenon only” guy, however. I will make mortises on occasion, but I prefer using tenons usually. I think you’ll see why as you continue reading.

Instead of taking a one-party ticket approach when deciding which connection to make for your bowl bottom, consider what makes the most sense for each bowl.

It’s easy to get into a routine of making only mortises or tenons and not genuinely considering the alternative. A better approach is to determine whether a mortise or tenon is best for each particular bowl you turn.

Little waste material needs to be removed to create a mortise, just the mortise area itself. Make the cuts to eliminate this area with a parting tool and bowl gouge.

If a particular bowl blank is thin, a mortise works well by not wasting material around the base. Platters, especially work well with a mortise connection.

Mortises are great for beginners first learning to make a wood chuck connection to the lathe. The process to make a mortise is quick and straightforward.

Another advantage of the mortise is it is easy to remove and reattached to the chuck later. Easily reattachment can be a plus for applying finishes and not tying up the lathe for other projects.

Production work of many wood bowls can be executed more quickly utilizing mortise recesses compared to tenons. Tenons usually need to be removed later, which adds a production step.

Also, the recessed area of a mortise is a great place to hide a surprise for a wood bowl admirer. Decorative lines can be turned, patterns, colors, woodturning, or even inset items may be epoxied within the mortise area as a visual treat.

The mortise, by its very nature, requires real estate inside the wall thickness of the bowl. Because of this intrusion, the final bowl thickness usually can’t be very thin.

Another big disadvantage is the mortise does not make shaping the final bowl foot easy. The large recessed area dictates the final foot design and makes alterations more complicated.

My big personal objection to the mortise is visibility. When a bowl with a mortise is flipped over the realization of the woodturning process is immediately evident.

I really prefer a bit of a mystery for the non-woodturner when they explore a wood bowl. It’s much more satisfying to have someone ask how a piece was made.

I guess, for me a mortise circle makes a bowl look and feel unfinished. But again, that is my preference only.

A tenon can be turned on a bowl blank and create a secure, stable connection for almost any bowl. Narrow bowls with smaller bases do well when turned with a tenon.

Thin-walled bowls are easier to turn with tenons rather than mortises because the tenon is not interfering with the overall wall thickness. The tenon is an extension of the base rather than an intrusion.

Tenons can be initially created larger than needed to support the turning process and then reverse chucked and turned down to a much smaller profile.

Also, because of their ease of later alterations, tenons can be reshaped to match almost any design or final look needed. The portion of the tenon gripped by the wood chuck can also be included in the final base.

A bowl tenon allows for the entire area of the bowl base to be exposed both for visualization of the final shape and turning purposes. The final foot of a bowl can be turned while still maintaining the tenon joint. Later the tenon can be cleared from the bowl foot area.

Reverse chucking and reshaping the tenon after the bowl interior is complete can be total. In other words, the entire tenon can disappear, and the area sanded revealing no clear connection between the bowl and the lathe. The mystery of the lathe connection is what I like most about using a tenon.

Occasionally, if wood is too dry and brittle, a tenon can break off. A tenon coming lose has only happened a couple of times to me with very dry pecan wood.

When turning a side-grain wood bowl, it is possible that the grain lines up cleanly with the base of the tenon which can increase the chances of separation. Again, this has only happened a couple of times with very dry wood.

To prevent a tenon from breaking off, with the bowl off the chuck, I will run a small bead of very thin CA adhesive glue around the base of the tenon. The CA helps by soaking in and bonding the wood fibers together.

If a particular piece of wood is already thin, removing waste material and forming a tenon will make it thinner. Removing around a tenon can waste a bunch of material.

Another disadvantage of the tenon is it needs to be removed. The removal process takes a bit of time, not a lot but some. There are several ways to remove a tenon, but they all take a little extra time compared to the mortise.

If you turn a mortise or tenon in the tender sapwood along the outside of a particular piece of timber, the connection might be compromised. Of course, this depends on other factors like species and dryness, but in general, it’s best to move away from tender, soft sapwood for a mortise or tenon.

Another thing to be aware of is end-grain turned bowls. An end-grain bowl blank should never be attached with a mortise. The outward pressure from the four jaw chuck will expand and break the blank along the grain lines and result in a loose fit a best and a flying bowl in the worst case scenario.

Both the mortise and the tenon have their places in wood bowl turning. There is no need only exclusively to use one chuck joint over the other; both have value at different times.

Now that we’ve covered many of the advantages and disadvantages what do you think? Do you currently only use one over the other, or do you use both? Please share your wood bowl connection preference in a comment below.